Jessica Brown-Findlay (born 14 September 1989) is an English actress. She played the character of Lady Sybil Crawley in ITV's Downton Abbey.
Jessica trained with the National Youth Ballet and the Associates of the Royal Ballet. Aged 15, she was invited to dance with the Kirov at the Royal Opera House for a summer season.
Jessica attended Furze Platt Senior School in Maidenhead. At the end of her GCSEs, Brown-Findlay was accepted to a number of ballet schools but chose to go to the Arts Educational School, because of the A-level courses it provided and its pastoral care. She attended for two years and in her second year had three operations on her ankles, the last of which went wrong. Waking up from the anasthetic, she was told she couldn’t dance anymore.
After encouragement from an art teacher, she applied for and got onto a Fine Art course at St Martin’s. While there, she took up acting classes. After being seen by a casting agent, she was cast in the lead role of Emelia in the film Albatross, directed by Niall MacCormick. She was subsequently cast in an episode of the E4 programme Misfits and in Downton Abbey.

The family rebel, Lady Sybil Crawley is fiercely political and generally angered by injustice everywhere. Sybil exasperates both parents. She will go through the motions when it comes to the responsibilities of high society, but her true goals in life are well beyond what her parents consider the proper field.

The year is 1763, and the sex trade is booming in Georgian London. Despite a backlash from religious zealots and heavy fines on offenders, one in five women earn their living from the sex trade, there's a brothel on every corner and there is even a Yellow Pages-style directory of prostitutes titled Harris's List of Covent Garden Ladies featuring very explicit reviews and recommendations.
Jessica plays Charlotte who is the eldest daughter of Margaret Wells, who runs a popular middle-class brothel. It may surprise many to see that, despite her roots, this beautiful and fashionable young woman is a London celebrity – but there are lots of surprises when you look more closely at the Georgian sex industry. Ambitious Margaret has tried to set her up with "keepers" (men who would take ownership of a woman, giving them some legal and financial security) but Charlotte herself is a troublemaker. Fiery and rebellious with a self-destructive streak, she cannot bear the possessiveness of her current keeper Sir George Howard.
​​
________________________________________________________________________________________________ 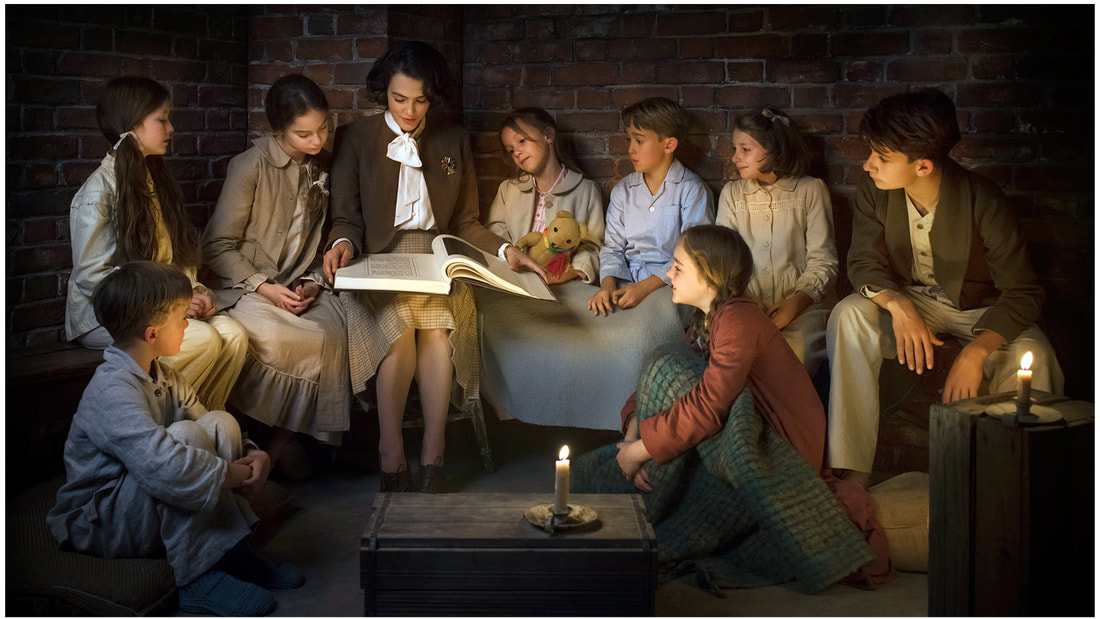 In London, ambitious medical student Victor Frankenstein (James McAvoy) attends a circus performance, where he helps save an injured aerialist, Lorelei (Jessica Brown Findlay), by aid of a nameless hunchback (Daniel Radcliffe) enslaved by the circus' ringleader, and who harbors feelings for the girl. Impressed by the hunchback's vast knowledge of human anatomy, acquired from stolen books, Victor rescues him, drains the cyst on his back that causes his physical abnormality and develops a harness to improve his posture, and then names him "Igor Straussman" after a recently deceased roommate. The two then become partners in Victor's ongoing experiments to create life through artificial means, incurring the wrath of religious police inspector Roderick Turpin (Andrew Scott), who views their experiments as sinful.
After Igor suggests they use electricity to animate their creations, Victor procures parts from dead animals and creates a monstrous chimpanzee-esque creature nicknamed "Gordon". Meanwhile, Igor reunites with Lorelei, now masquerading as the mistress of a closeted homosexual baron, and the two develop an affair, upsetting Victor, who views Lorelei as a distraction.
​
________________________________________________________________________________________________

Lewis Aldridge is ten years old when he goes on a picnic with his mother and witnesses her drowning. His emotionally distant father struggles to deal with the situation and is soon remarried, to Alice (Jessica Brown Findlay) . Lewis' young and well-meaning new stepmother tries her best, but is unable to reach Lewis emotionally. In adolescence, Lewis is taunted about the circumstances surrounding his mother's death and begins to self-harm. He subsequently sets the local church on fire and spends time in prison for committing arson. On his release from prison, he has increasingly complicated relationships with his stepmother Alice

Jessica plays the well-intentioned Alice who is unprepared for the life she has married into.

Set in 1821 against the forbidding backdrop of windswept Cornish moors, the story follows the journey of young and spirited Mary Yellan who is forced to live with her Aunt Patience after the death of her mother.
Despite pressure to marry local boy Ned after her mother’s death, Mary refuses to compromise. Though Ned is kind to her, she doesn’t love him and won’t marry without love. Mary declines Ned’s proposal, and journeys to Jamaica Inn in Cornwall.
Mary arrives at the isolated Inn to discover her Aunt is a shell of the carefree woman she remembers from her childhood, and instead finds a tired and anxious woman who is firmly under the spell of her domineering husband Joss. To complicate matters further Mary finds herself drawn to the enigmatic Jem Merlyn, but Jem is her uncle’s brother and therefore not to be trusted in Mary’s mind - although her heart may say otherwise... 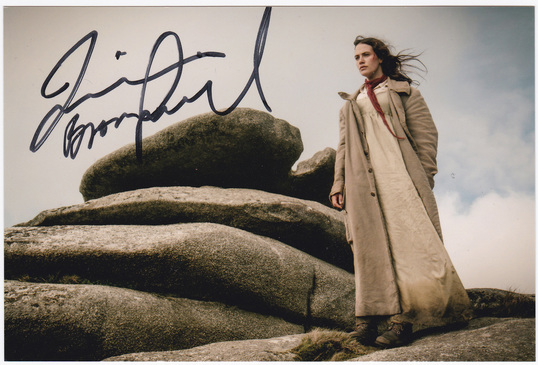 15 Million Merits depicts a future in which existence is a stripped away and simplified affair, driven by digital credits and an overwhelming absorption of images and screens. The only hope of escaping this drudgery appear to be through obtaining fame. Exacerbated by the emptiness of his life and the constant barrage of very loud adverts, Bing (Daniel Kaluuya) is restless to grasp onto something “real”. One day he over hears a girl named Abi (Jessica Brown Findlay) singing in the toilets, and is utterly enamoured by her. In an act of earnest generosity, he offers her the vast sum of credits which are needed to perform on the music reality programme “Hot Shot”. This gives Abi a chance to not only share her talent with the world, but to possibly escape the monotony of everyday life. In our video Jessica sings "Anyone who knows what love is (will understand)"
_______________________________________________________________________________________________

Beth, a bookish teenager, befriends Emilia (Jessica Brown-Findlay), an aspiring novelist who has just arrived in town. Emilia soon begins an affair with Beth's father that threatens to have devastating consequences. 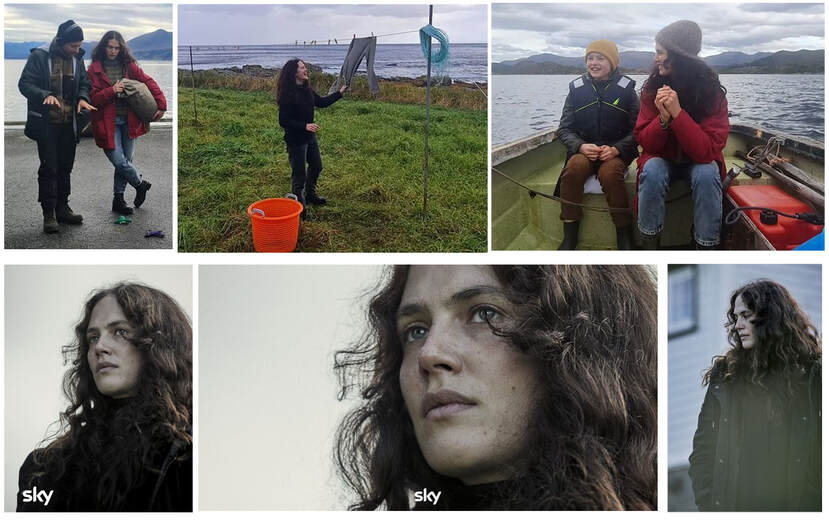 Razorlight : Hostage of Love - Jessica Brown Findlay as The Girl 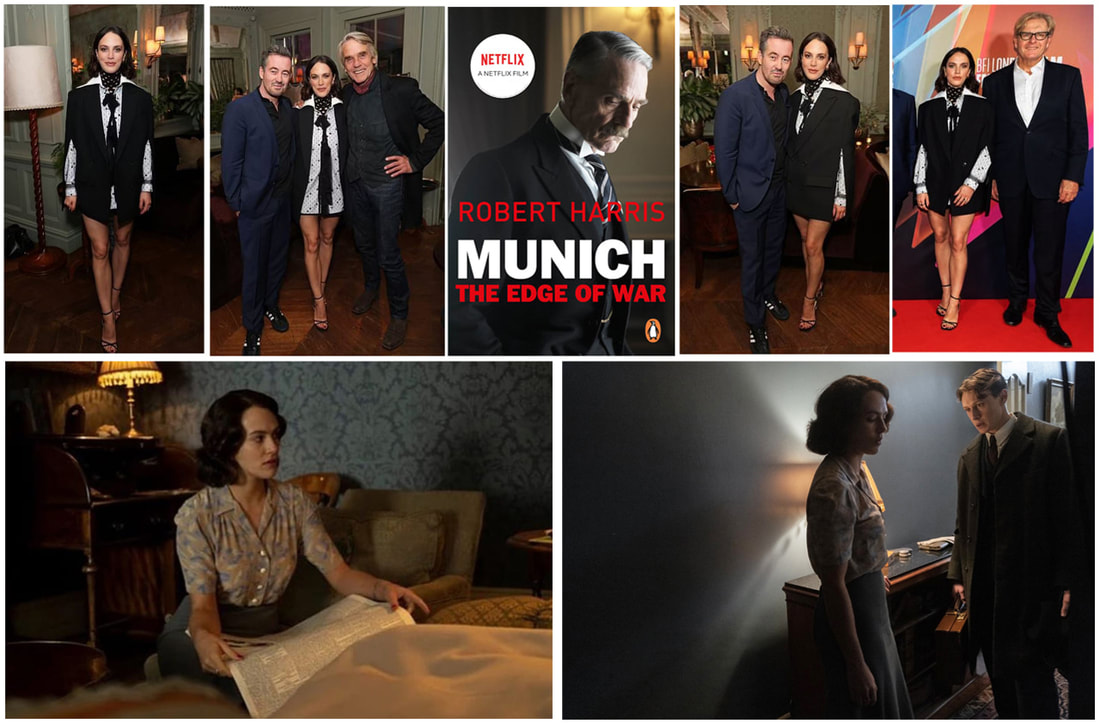 Jessica on Stage and in Theatre 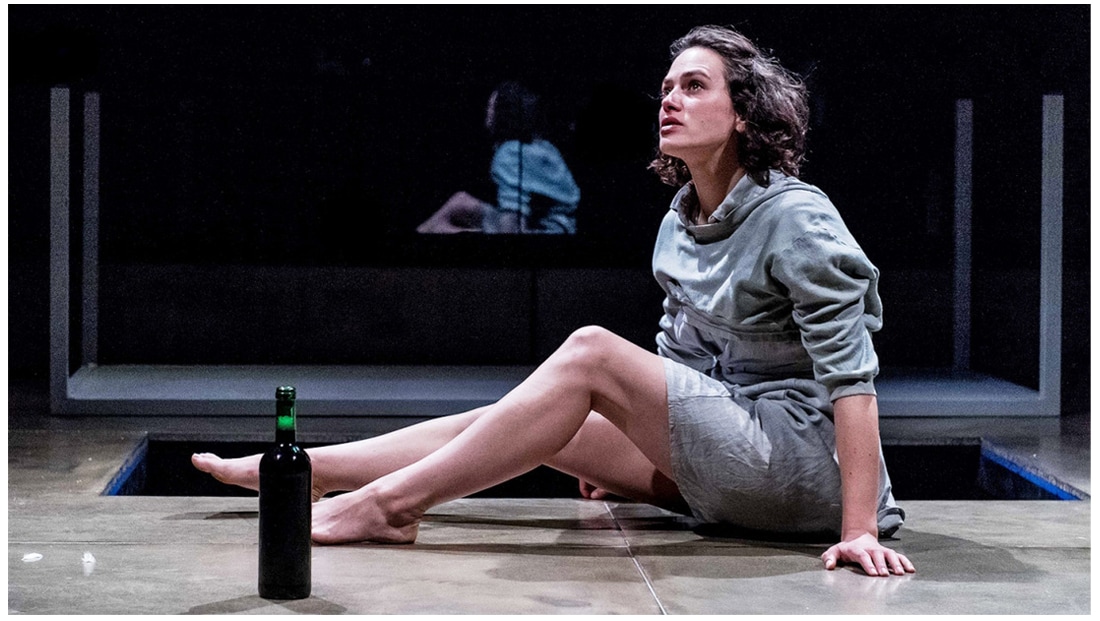