A new era begins. The entire Downton cast is back for DowntonAbbey: A New Era, with Hugh Dancy, Laura Haddock, Nathalie Baye and Dominic West joining. See the film only in cinemas 18 March 2022. 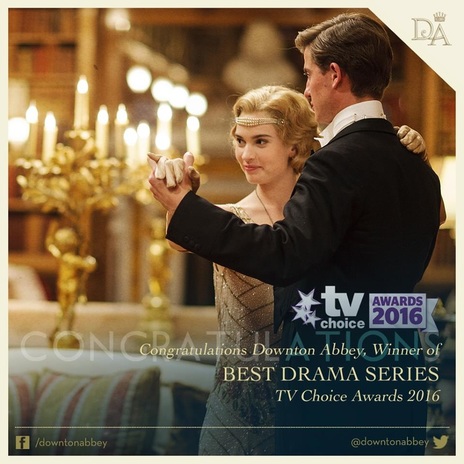 Lily James (Lady Rose) - The Face of 'My Burberry Black' 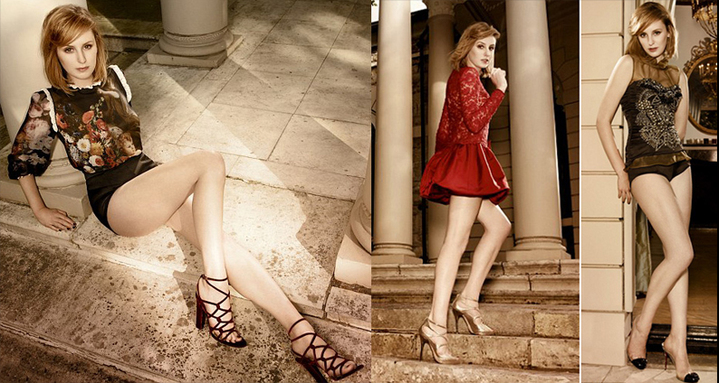 Downton Abbey stars and on-screen sisters Michelle Dockery and Laura Carmichael have shaken off their prim and proper look in the hit ITV period-drama for a gothic transformation in LOVE magazine. Michelle Dockery who plays Lady Mary and Laura Carmichael who plays Lady Edith are usually seen covered-up in the finest aristocratic lace and gowns, but the raunchy Miss Havisham-esque photos below show the ladies flashing a lot more flesh.
Click on Photos to Enlarge 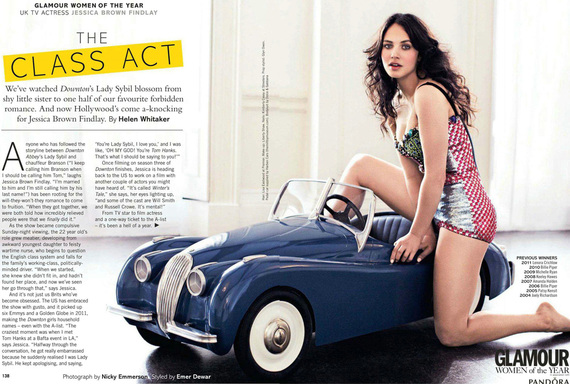 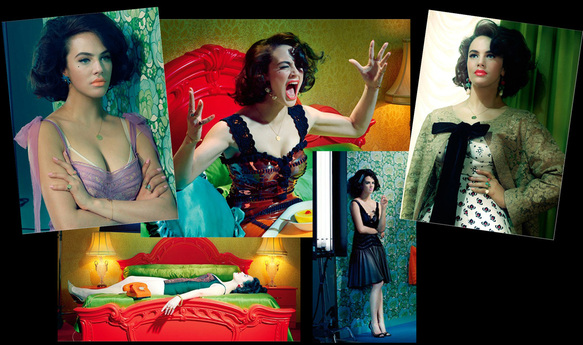 Samantha Bond has dismissed rumours she is ready to quit Downton Abbey as
"absolutely untrue".
The 50-year-old actress, who plays Lord Grantham's sister Lady Rosamund in
the hit TV show, has taken time out to pursue a stage project, sparking reports
she may be ready to walk away from the show. But Samantha told ITV's This Morning: "It's absolutely untrue. There was a discussion with producers before Christmas about what shape this year was going to take. I was desperate to get back on to the stage, so we amicably agreed that we'd maybe have a little break - it was all very friendly and done with a lot of love.
"The doors are wide open - I haven't left, and I look forward to returning to
Downton in the near future."
Following the vast success of series one and two, the show is set to return
to ITV1 in September.
Samantha admitted that she was really enjoying working on the stage in What
The Butler Saw, describing it as "the most extraordinary thing I've ever done in
my life".

Michelle Dockery, who plays Lady Mary Crawley on Downton Abbey, is currently starring in a new public service ad running in British cinemas that aims to raise awareness of discriminatory attitudes toward people with disfigurements.
Sponsored by the UK charity Changing Faces, the spot shows a man with a badly disfigured face (Leo Gormley, a real life burn victim) watching from his car as a woman (Dockery) arrives at her townhouse on a rainy night. He
then heads for her door. He is, it turns out, a friend who has shown up early for dinner.
“What did you think was going to happen?” the ad’s tagline read.
Video Courtesy of You Tube User  - Changing Faces.... www.changingfaces.org.uk

The stars of Downton Abbey are taking the film  industry by storm. Jessica Brown Findlay (Lady Sybil) is joining  the movie Winter’s Tale in New York as the female lead.
Michelle Dockery and  Thomas Howes (William Mason) are both in Keira Knightley’s new flick Anna  Karenina.
Dan Stevens (Matthew Crawley) is in the Alicia  Silverstone comedy Vamps and Joanne Froggatt (Anna Bates) is in
James McAvoy’s  film Filth. (See Pictures Below)
A show source says: ‘Downton opened so many  doors — many were unknown, now major film producers want
them.’

Name : Clare Calbraith
Status: In a relationship
Occupation : Actress (touchwood)
Your ambition : I used to want to be Prime Minister. Or Queen.
Likes : Men who can cook
Dislikes : Teenagers  who ride their bikes on the pavement in some sort of ‘we own the streets’ act of  defiance. I don’t get it. That’s something children have to do...
Favourite place : Bed. For different  reasons on different occasions.
What do you  look for in a man : The ability to cook
Any interesting or unusual  hobbies : I’m a dab hand with a power tool
Favourite sport : hmm... Does pool  count?
Favourite film/TV show : Masterchef
Favourite  actor : Ryan Gosling (I liked him before he took his shirt  off, honest)
Favourite  music : Rock
Tell us  something no-one knows about you : I used to be a champion  gymnast (okay, that may be a
slight lie, but I have a vague memory of doing a  backflip, once…)
Most embarrassing  moment: The first time I did TV a driver picked me up from  the station. When I said hello, he leaned in for what I thought was a hug. I  thought “when in Rome” and hugged him back. He looked perplexed and leaned in  for another. I hugged him harder thinking this must be what they do in telly.  This happened three times and ended with me grabbing him by the cheeks and  planting a kiss square on his
lips. At this point he looked absolutely mortified  and said, “No, miss… I’m just trying to get your bag!”
Advice to anyone chatting you up: Maybe  square it with my boyfriend beforehand…

The much-anticipated - and controversial -  advertising campaign to encourage Britons to holiday at home,
is now on our screens. The star-studded adverts, which feature Downton Abbey's Michelle Dockery, Harry Potter's Rupert Grint, as well as British icons Stephen Fry and Julie Walters, are part of a £5miilion campaign.

Downton Abbey favourite Jessica Brown Findlay (more commonly known as Lady Sybil) is the new face of Dominic Jones’ new jewellery campaign. The 22-year-old actress and definite one to watch ha landed her most stylish deal to date, and shows off a very new look. Because according to Dominic Jones, autumn is on course (slash corpse) to be a reahhhlly spooky one… With her ghostly white face, Jess looks like she’s seen a ghost in the shots that include an array of Jones’ autumn/winter ’12 rings, earrings and necklaces.

Christmas 1919:
Downton Abbey is hosting a lavish Christmas party, yet despite being the season of goodwill, tensions are rife and Bates’s arrest has cast a shadow over the festivities. Will he be a condemned man or will he be found innocent in time to dance with his new wife at the annual servants’ ball? - Mary has to consider her future with Sir Richard Carlisle following a contretemps at the shooting party and Violet has concerns about Rosamund, whose new suitor - the dashing but raffish Lord Hepworth, is not all he seems.

Downton Abbey does disco
What would the Dowager Countess say? The ladies of Downton Abbey have cast off their period costumes in favour of a little disco chic. 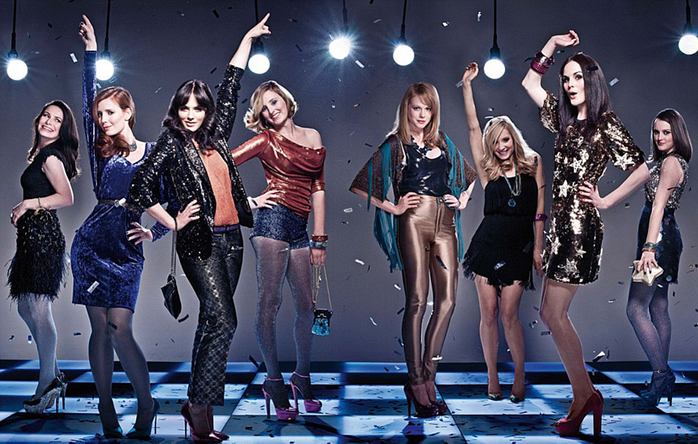 Eight of the actresses who appear in the ITV1 drama posed together in a photoshoot for Marie Claire magazine.
Laura Carmichael, who plays shy Lady Edith, chose the most revealing look in a pair of lurex hotpants and off-the-shoulder top.
She was joined by Jessica Brown-Findlay and Michelle Dockery, otherwise known as Lady Sybil and Lady Mary, and Zoe Boyle, who played Lavinia Swire. The actresses who play Downton's dowdy maids were also given the opportunity to dress up for the day. Glamorously attired in a sparkling cocktail dress, Sophie McShera bears little resemblance to her character, the downtrodden Daisy. Joanna Froggatt (Anna), Amy Nuttall (Ethel) and Clare Calbraith (Jane) completed the line-up. Srory Courtesy of The Telegraph

DOWNTON Abbey star Sophie McShera  who plays housemaid Daisy  gets a taste of the high life as she glams it up in a sexy photoshoot with fellow "downstairs" actress Amy Nuttall (Ethel) for Look magazine.

UK series Downton Abbey was one of the big winners at The 2011 Emmy awards.It picked up four awards, including the coveted best miniseries or TV movie Emmy. The series also earned Essex native Maggie Smith, who was not at the ceremony, an Emmy in the Supporting actress category.
Upon hearing the news, Hugh Bonneville, at home in England, tweeted: 'Well done, Mother dear.'
The show won its four awards as the first episode of the second series aired on ITV in the UK  and, if any more proof were needed of Downton Abbey's popularity - ITV's online player crashed over the weekend due to the high demand from internet viewers.... Story Courtesy of The Daily Mail.

An Evening with Downton Abbey

An Evening with Downton Abbey at The Savoy Hotel, London  14 July 2011 to raise money for M.E.R.L.I.N. ( The Medical Relief Charity)

Not sure Lady Grantham would approve: Downton Abbey's aristocratic gels pose in couture for Vogue 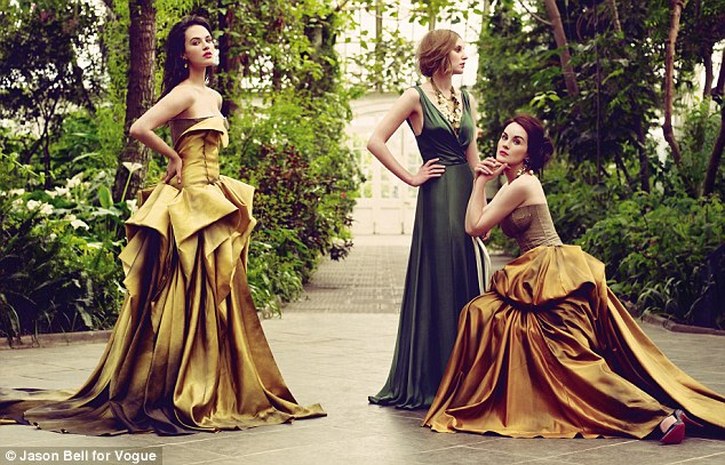 We're used to seeing them in demure Edwardian period costumes. But as Downton Abbey prepares to return to our screens, its three young ladies have come into present day in a stunning new photoshoot for Vogue magazine.
Michelle Dockery, Jessica Brown-Findlay and Laura Carmichael, who play the three Crawley sisters in the ITV drama series, have posed in dramatic designer couture.
Swapping the halls of Downton Abbey (aka Highclere Castle in Hampshire) to the equally-historic Kew Gardens, the three actresses pose in their designer garb amongst the horticulture.
Dockery, 29, who plays Lady Mary Crawley - the eldest daughter of Lord and Lady Grantham - told the magazine: 'Our costumes for the show are lovely, but nothing on this.'
While co-star Carmichael, 23, who plays middle daughter Lady Edith, admire her costumes, she admitted she would have lost patience for dressing up on a daily basis. She said: 'It seems insane - sometimes they changed four times a day. All those gloves and jewels and hair slides, it must have been almost a full-time job.'
In the accompanying interview, the actresses have credited surprise hit Downton Abbey with changing their lives.
Jessica Brown-Findlay, 20, who plays the youngest Lady Sybil, turned to acting relatively recently after an injury led her to quit a ballet career. After training with the National Youth Ballet and associates of the Royal Ballet, her dancing career came to an end after undergoing a series of operations on her ankles.
Despite her acting talent, Dockery is also an accomplished jazz singer and sometimes joins her on-screen mother Elizabeth McGovern's (Lady Grantham) band Sadie And The Hot Heads.
The three actresses are currently filming the second series of Downton Abbey, which is set to return to ITV1 in the autumn. The new series if set against the backdrop of World War I - moving on from the sinking of the Titanic which kickstarted the drama of the first series 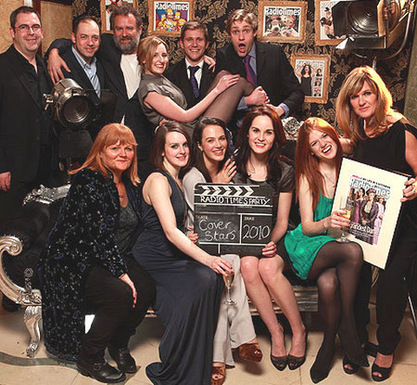